When Goodwill Industries of Greater Detroit, a non-profit organization providing employment and education opportunities to Metro Detroiters, needed help adjusting legislation in favor of expanding a successful recycling program, it turned to MLC for assistance to get the job done effectively. The result was 25 new jobs and a meaningful network of relationships between Goodwill and Lansing officials. As Goodwill planned its next initiative, a prison diversion and job training program, the organization again turned to MLC for reliable support.

The government performed an audit of the prisoner release system in Michigan and found it to be drastically underperforming. As a result, the state wanted to bring the process in-house to be run by the Department of Corrections. Goodwill on the other hand wanted to expand its job training efforts to serve groups in need of getting their lives back on track, but needed funding in order to execute.

The Challenge
Goodwill originally sought a large appropriation that would require a very detailed budget outline and significant support from key legislators. MLC knew that finding a legislative champion to lead this proposal would be pivotal to its success.

The Solution
MLC strategically worked with many of the same legislators they called on to assist with the recycling program budget. It was also brought to attention the success Goodwill has seen with this program in other states, and the positive results for both citizens and communities it produced. Because of MLC’s work with Goodwill for the recycling program, state legislators and staffers were more aware of Goodwill’s efforts and open to discussion on the organization’s subsequent efforts. In the end, Goodwill received a $2.5 million appropriation. With this money, Goodwill nearly doubled its capabilities, allowing for the addition of 425 new jobs and enabling the program to serve a total of 1,100 people. 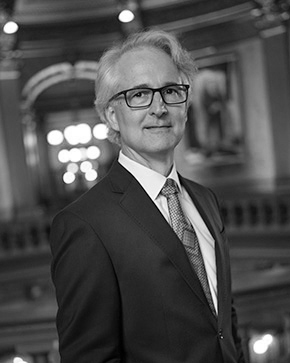 “With this program, the state is saving a considerable amount of money by lowering prison costs and simultaneously boosting the economy because of the opportunities it facilitates for people to become active members of society—buying goods and services and paying taxes.”