Craig Ryan
Having spent 20 years shaping policy as a leadership staffer and corporate lobbyist, Craig knows what it takes to move an issue through a challenging landscape.

Experience
Craig began his career working for a state senator. After that, he worked in the House before moving to the private sector and the Lafarge Corporation, including serving as their Director of Government Affairs. Craig transitioned back into the legislature by accepting a position as Deputy Director and Senior Policy Advisor at the House Republican Policy Office, then the Director of the Senate Majority Policy Office.

Before joining MLC, Craig worked for the Senate Majority Leader, first as Deputy Chief of Staff and Legislative Director, then Chief of Staff, where he regularly negotiated with the governor’s office, oversaw the $42.5 million budget and the 387 employees, and maintained an extensive network of elections officials, legislative staff, administration officials, and other Lansing stakeholders.

Outside of the Office
Craig enjoys golfing and spending time with his wife, Telly, and their five children. 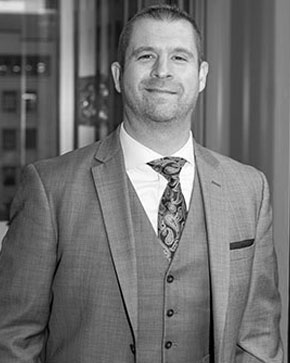 Serving a Speaker of the House as a leader on his policy team and two Senate Majority Leaders as Chief of Staff, and negotiating with governors from each side of the aisle, Craig brings his “get it done” know-how to MLC and positions clients for success.